This report focuses on 6 call to action items, 24 goals, and 61 recommendations that describe specific steps that the federal government will take to achieve the objectives outlined in Executive Order 13817. Call to action number 5 is of the most importance to PLP and our members because this section will benefit the average miner and public lands user who embraces multiple-use access principles upon our public lands.  PLP’s Clark Pearson and the ICMJ's Prospecting & Mining Journal’s Scott Harn delivered many educational materials (and complaints) in multiple meetings with federal agency department heads over the course of two years covering many of the points now called for in this new Federal Strategy report.

We wish to thank our membership and our financial sponsors that allowed us to make these important trips to DC so that the decision makers could better understand our specific needs in the over-arching quest for regulatory relief.

The following sub parts of call to action number 5 we wish to highlight and are as follows:

The Bohmker Case: Your Assistance is Needed

The PLP board of directors is asking your help in order to have the United States Supreme Court hear Bohmker (et al) vs Oregon.

Bohmker vs Oregon is spearheaded by the Waldo Mining District and the Galice Mining District and seeks to challenge Oregon’s prohibition on all motorized placer mining in streams designated as essential salmon habitat. On September 12, 2018 the U.S. Ninth Circuit Court of Appeals ruled against the miners. As a result of that ruling, the miners filed a petition for review in the United States Supreme Court on January 21, 2019. 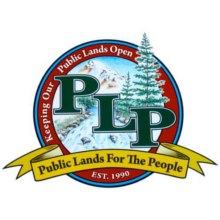 We have received this letter from the PLP. There has been a takeover of the Board of Directors that has led to uncertainty of the leadership. We suggest to refrain supporting either financially until this is resolved.

To all PLP members and supporters,

The Board of directors must inform you of the current situation we are experiencing. We were hoping to have solved this matter sooner. However, it appears this might take longer than we expected so we must inform you now of recent events. Here are that facts:

On July 14, 2016, this board received resignation letters from four of our board members:

On July 21, 2016, a meeting was held at Keene Engineering, unannounced to us and to you as PLP members, and an election was held that supposedly removed the current board members and supposedly placed Ray Kender as interim President. It appears all resigned board members were present.

On July 23, 2016 Ray Kender, without any knowledge or consent from PLP, executed various corporate documents purporting to be an authorized agent of PLP, including the filing of an updated statement of information with the California Secretary of State appointing himself as an officer, director and agent of service of process. Soon after, Mr. Kender under the self-assumed title of “President” presented falsified documentation to the bank that PLP banks with, usurping our corporate bank account. He also changed the locks on our mailbox withholding access of all PLP property from your current board of directors. Acts that this board sees as an improper exercise of corporate authority that Mr. Kender did not, and does not possess.

This event will take place in honor of Jerry Hobbs, the founder of the PLP (Public Lands for the People) and mining rights legend who dedicated many years of his life to fighting for our rights to public lands. Sadly, Jerry passed away Dec. 28, 2014, although he is gone - he is not forgotten! The PLP, MMAC (Minerals & Mining Advisory Council), Sleepy Bear Mining & American Prospector Treasure Seeker ask you to "save the dates" for the 2015 Oktoberfest PLP/MMAC outing event. 2015 marks the 25th year anniversary for the PLP!

Objective: Our goal is to bring all types of outdoor enthusiasts TOGETHER and UNITE ourselves in effort to raise funds for the PLP and MMAC. The PLP Is a A 501(c)(3) Non-Profit Organization which fights for our rights to public lands. As outdoor enthusiasts & Americans WE ALL have rights to public lands, which are being taken away from us more and more each day. This event raised about $9,500.00 for the cause last year, we hope to do the same or even more at this year's event!

Where: Sleepy Bear Mine, Randsburg CA

California’s 21st century gold miners have scored a second major victory over state efforts to restrict – or ban – them from searching for the precious metal in rivers and streams on federally owned land, such as national forests.

On Monday, San Bernardino County Judge Gilbert Ochoa, building on a previous decision by a state appellate court, declared that the state’s moratorium on using suction dredges to sift through gravel had become a de facto ban and thus violated federal mining law, which encourages mining on federal lands.

Public Lands for the People President Jerry Hobbs has died. He passed away Dec. 28, after a long battle with kidney and heart disease. He was 71.

Gerald Hobbs, better known as Jerry, was a legend in the mining community, and the founder of PLP, a land rights advocacy group. The membership-based, non-profit organization was established in 1990 and has been fighting to keep public lands open for multiple uses, including prospecting and mining, ever since.