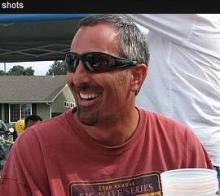 Hello All, I am headed to the Yuba claim in a few weeks and had some questions.

2) Do they allow camp fires there?

3)Any distinguishing markers off the road to help me find the turn off?

Hi Alex, you can camp there unless there are some last-minute regulations that I am not aware of. To make sure and also to get a fire permit you need to stop at the Forest Service office in Nevada City, you will pass it any way if you go to the claim from the west.

To locate the turn to the claim look for the roadside marker 2633. The turn will be very close. It is a sharp turn and easy to miss.

Last few years whenever I stopped by I could see evidence of the claim having been visited by claim jumpers and bears. So be prepared for both. Haven't been there this year.

Great info. Thank you and I will fill out a claim report when I return.

The flood has not reached the 1997 proportions (so far at least) but the river has been pretty well churned and the folks on other forums are very enthusiastic about the summer prospects of looking for gold.

Going to Yuba claim end of this month for a week. Called Forestry and talked to Jack, the mining person. He is familiar with the Helios claim and said the water is not too high but fast. Told me to park on road and walk in to check our road, because a few of the campgrounds in the area were wiped out. Told him I would be sluicing and panning. He said just don't dig into the bank. Nice fellow and very helpful. Said there is no open area anymore, all is claimed except for an area at Union Flat. I will report when I get back and will fill out a Members Mining Location Report. Does anyone have any words of wisdom about the claim.

I promised to post my experiences on the Yuba claim last year.  Better late than never?

I spent 3 days over a 4 weekend span in the August time frame once I got my membership card and such.  I was floating the river sniping areas within reach under water.

Day 1 - I ran into (I think it was Gabe) the first trip.  Very nice man.  We chatted for a while and he pointed me to the top of the trail down to the claim.  That trip was just a quick intro to get the lay of the land.  Just a few flakes found in the hour or so I spent floating in the river doing a bit of sniping.

Day 2 - The next trip I ran into John and Scott.  Again, both very nice.  I got a bit more serious this time, but still really didn't find much of anything.  They were in a spot in the river getting some nice pickers they were willing to show.

Day 3 - The third time was the charm for me.  I did not see anyone this time.  I started at the upper end of the claim this time and floated down.  I brought my father this time and he was checking out spots on the bank.  I stayed near him until lunch time.

Just before lunch I found a bore whole about 15" wide.  I've never really had luck with bore holes, but this one had the rocks packed in and it was nearly lunch, so I figured I'd work it out before i got out of the river for lunch with my dad.  As luck would have it, it was not just the top layer that was packed, the entire thing was, but it was only about 2 ft deep, so was just barely workable for me fanning the material out w/o powered suction.  I got a nice 4 dwt nugget and a few smaller multi-grain nuggets out of it (and a few flakes).

After lunch I floated down further near where the main trail bottoms out at the river.  I checked out where John and Scott were the week before.  I followed a crack from where they stopped up towards the bank and got some little pickers.  Moved out to the swift water where I could barely work, but hit a little seam with a few more pickers.  Then I then moved across the river and found a spot someone had worked out in the last few years (it was pretty obvious).  I could tell they did not work it out really good.  With some breaker bar action really pounding the seams open, I got a couple pennyweights of gold (wonder how much they got before they quit!).  In total, I got about 7 dwt that day.

So there is definitely still gold on that claim if you can find the right spots.  With the high water this year, maybe more fresh areas will get exposed.  Here's hoping! 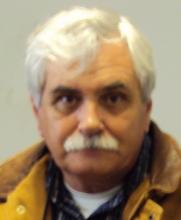 Dawn and I traveled up to Auburn for a Model T Ford swap meet this last weekend. While we were close to the Yuba claim, we decided to drive out and have a look. Almost 2 hrs. later, we arrived. I walked down the road to the river. There wasn't anybody around. I did notice that there are signs posted in several places that say "Day Use Only". Does anybody know who posted those signs?

I guess that means no camping.